More and more earning migrants are paying contributions and have Polish insurance.

Already 380 thousand foreigners, three quarters of which are Ukrainians, are functioning in the Polish social security system.This means that the number of foreign payers of ZUS corresponds to the estimated number of people who will retire after lowering the retirement age.

END_OF_DOCUMENT_TOKEN_TO_BE_REPLACED

Extremely good situation on the labour market in Poland.

At the end of last month, more than 170,000 job advertisements were available on the Polish Internet. It’s almost 4.5 percent more than the year before and the biggest ever recruiting online.The number of job offers is rising continuously for seven months, confirming the very good situation on the labor market.

END_OF_DOCUMENT_TOKEN_TO_BE_REPLACED

Large zloty appreciation after the Polish president’s decision on the judiciary.

The decision of President Andrzej Duda to veto the Supreme Court and the National Judicial Council immediately reacted to the markets. Zloty gained the most since May 2017. 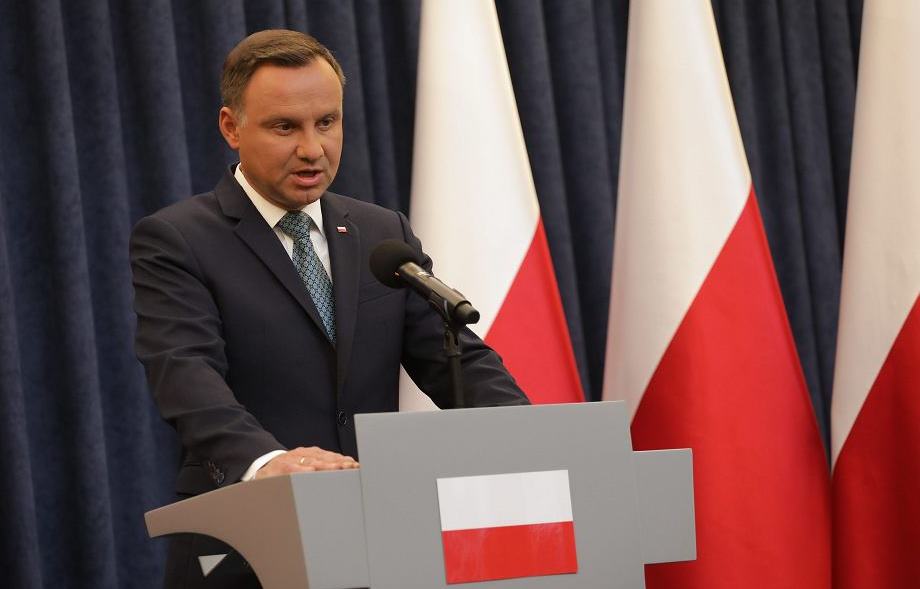 END_OF_DOCUMENT_TOKEN_TO_BE_REPLACED

Without a doubt, a new role distribution in manufacturing processes between the company and the consumer, and the experience of co-creation becomes the basis of values. New producer-consumer relations create a number of new challenges both for company management and for the consumer. This requires new forms of cooperation (bonds), motivation, involvement and responsibility of the parties to these relations. Involving the customer in the process of co-creating values is supposed to play the key role, since it is the customer who is to determine what values the producer will create for consumers, and how it will communicate and deliver them.

END_OF_DOCUMENT_TOKEN_TO_BE_REPLACED

The importance of new types of services for world trade.

New types of services have a key meaning in the knowledge-based economy. The new services are characterized by a new form of delivery to the recipient as well as by different ways of service management. What is also new here is the degree of intangibility. These services are heterogenic in nature. Literature in this field lists many different, ofter conflicting or controversial methods of classification.

END_OF_DOCUMENT_TOKEN_TO_BE_REPLACED

Poland is becoming an increasingly attractive country not only for our neighbors from behind our eastern border, but also for foreigners from distant states.

Voivods will receive an additional PLN 42 million to improve the service of foreigners who want to legalize their stay in Poland and obtain a work permit. The number of cases with which foreigners turn to voivodeship offices is constantly increasing. Polish Office for Foreigners informs that in the first half of 2017 applications for residence permits in Poland were submitted by nearly 90 thousand foreigners. That’s 42 percent more people than in the corresponding period of 2016 and 87% more than in 2015.

END_OF_DOCUMENT_TOKEN_TO_BE_REPLACED

Poland and China signed an agreement on cooperation in peaceful use of nuclear energy on Friday in Beijing.
END_OF_DOCUMENT_TOKEN_TO_BE_REPLACED

Poland vs. European Commission – answer to the question about mass migration.

Poland has sent the European Commission a reply to the refusal procedure for refugees. The government stresses that it is unable to make a decision on this issue and at the same time properly perform public security obligations.

END_OF_DOCUMENT_TOKEN_TO_BE_REPLACED

Another taste of Japanese perfection – impressive investment in polish factory.

Posted by LexPoland / Investments in Poland

Mabuchi Motor, a Japanese automotive manufacturer started building a factory producing parts for the car industry on Wednesday in Bochnia. The investment of approximately 360 million zlotys will be the company’s first plant in Europe.

The Polish factory will be a very important production center of the company, responding to the growing demand from the European industry and the expectations of already existing customers on our continent.

END_OF_DOCUMENT_TOKEN_TO_BE_REPLACED

Value Based Management – modern driving force of companies in Europe.

Value based management has nowadays become the most popular way of management which is highly used not only by the leading american enterprises but by the european capital companies as well. also in Poland as it can be cleared observed the still rising number of companies has made successful attempts at initiating the new philosophy and integrated way of management in practical terms. The prime objective of VBM is maximization of company’s value for its owners as well as other groups of interest, such as clients, employees. suppliers, lenders, local communities and society as a whole.

This enterprise management method was created in the face of social and development changes in the world economy at the end of the 20th century. The factors that contributed to its development are: growth and expansion of private capital, IT revolution and globalization of markets. The widespread use of this method of management has totally changed the way companies operate around the world.